With the new Open Connect™ control system, SVAB wants to facilitate installations and support of tiltrotators, and at the same time make it easier for new markets and machine owners to take advantage of the benefits of a tiltrotator.

Open Connect™ is designed for machine manufacturers and dealers who want to be able to offer a standardized control system, and at the same time allow end customers to choose a prefered tiltrotator brand.

The new open interface will be compatible with the MiC 4.0 Bus, which is being developed within the German industry organization VDMA and the working group MiC 4.0 – Machines in Construction, Cluster 7 – Attachment, where SVAB together with the machine manufacturers Volvo, Liebherr and Wacker Neuson and the tiltrotator manufacturers Steelwrist , SMP, Engcon and Rototilt agree on a common protocol, which for the first time will be displayed and demonstrated by MiC 4.0 during Bauma -22.

In the agricultural sector, there has since long been a similar interface for attachments, ISO11783 or better known under the name ISOBus, also developed by the German VDMA. So it feels natural that we are now creating a similar standard in the excavator industry as excavators are used more and more as a tool carrier even outside the Nordics, says SVAB’s head of development Lennart Hedlund.

In addition to this, SVAB is also launching a new electronics module called QIO™ – CAN I/O Converter, which is a module that can be connected between the CAN-bus joystick grips and the control system. The new module makes it possible to use the same joystick grips for other functions in the machine that are not controlled via the tiltrotator control system. This is made possible by the fact that the module can be easily configured to convert desired CAN-bus signals into several different commonly occurring signal types and functions. It could be, for example, that you want to use a button to navigate your GPS machine control system or a thumb roller to control some original function of the machine.

We have always been driven by making it easier for the industry to install a tiltrotator, and therefore we are very pleased to finally have agreed on a standardized interface that will facilitate installations considerably. The installation of a tiltrotator and control system is quite extensive today and the fact that each manufacturer has its own solutions does not make it easier. With Open Connect™, we hope to make the jobs easier for those who install the control systems and at the same time contribute to let more end customers experience the advantages of a tiltrotator, says SVAB’s CEO Fredrik Eriksson.

In addition to control of the tiltrotator, the system can also be equipped with functions such as wireless tool recognition, sharing of the tiltrotator’s sensor data to machine control systems, automatic tilt control and wheel or track control.

For fine-tuning of hydraulic settings, troubleshooting and for software updates, there is a user-friendly service tool developed for tablets.

SVAB develops products and efficiency functions for excavators consisting of control, communication, joysticks, sensors and actuators. Product development takes place both through own innovative development and in close cooperation with the customer. The customers are manufacturers and distributors of excavators and equipment. Since 2002, SVAB has delivered over 60 000 systems for tiltrotator control and is the market leader in that area.

SVAB is quality and environmentally certified according to ISO 9001 and ISO 14001. SVAB Hydraulik AB operates in Hallsberg – Sweden.

Read more about the company at http://www.svab.se/en 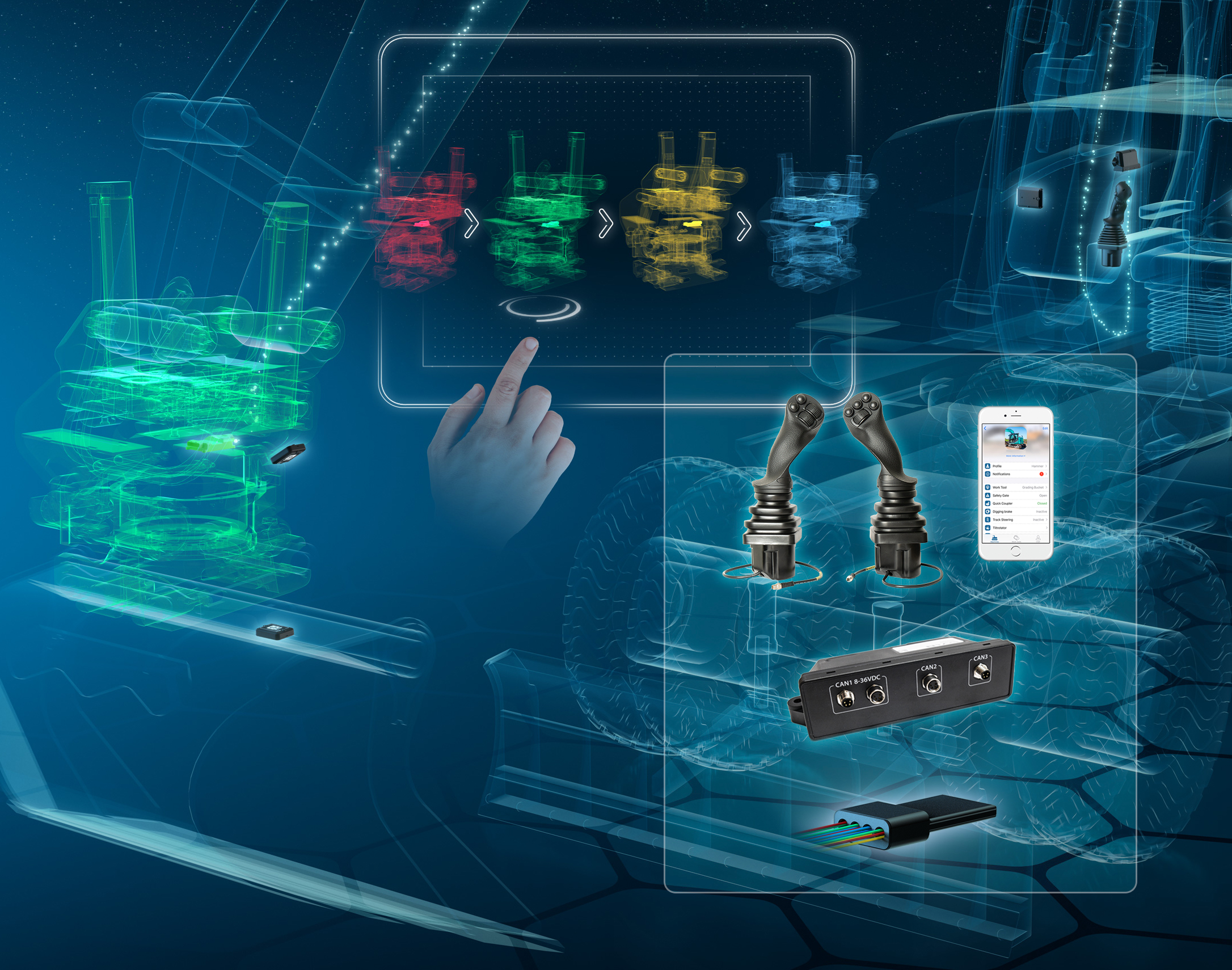 Image that in the background shows a choice of the desired tiltrotator brand. In the foreground are the main components of Open Connect.

In order to offer you even better products and services, we would appreciate if you answer a few questions about us!

The survey is anonymous.
-> To the survey (in English).

Help us get even better, answer some quick questions and get the chance to win an iPad.